Workers Have Leverage. It’s Time to Use It.

The capitalist vultures are wheeling low, but they’re finding slim pickings to choose from these days.

“No one wants to work!” The bosses whine about a worker shortage—though it’s one they brought about.

Eighteenth-century British economist Adam Smith noted how common it is to hear complaints about workers coming together to fight for their interests, and how rare it is to hear about all the scheming the bosses do to plunder workers’ labor.

“Masters are always and everywhere in a sort of tacit, but constant and uniform combination, not to raise the wages of labor above their actual rate,” Smith wrote in The Wealth of Nations.

That scheming is the background to the current labor shortage. Over the past 40 years, employers have used their collective power to wring skyrocketing productivity out of workers while suppressing wages. Productivity grew 60 percent between 1979 and 2019, while the average worker’s wage grew just 15.8 percent, according to the Economic Policy Institute.

That’s why so many jobs are just jobs that nobody wants to do. Draconian surveillance, massive overtime, short-staffing, two-tier contracts, calling your workers “contractors” so they’ll have no rights—this corporate playbook has made today’s workplace a tougher place to be than it’s been for generations.

More workers are throwing in the towel than at any other time in at least two decades. The number of job openings climbed to a record 10.9 million in July.

Add to that the bottlenecks in supply chainsreliant oncontainer ships, airplanes, trucks, and trains, and workers right now have real leverage to wrest concessions from their bosses.

Many workers are acutely aware that the supply snarls also include labor. Forced overtime, an issue in recent strikes at Frito-Lay and Nabisco, is rampant, to compensate for understaffing. Help Wanted signs are everywhere. Schools are having a hard time finding bus drivers.

Fox News host Laura Ingraham had great insight into the basic calculus that capitalist labor relations rest on: the choice between working and starving. “What if we just cut off the unemployment?” she said in August. “Hunger is a pretty powerful thing.”

But that hasn’t worked. More than 7 million people stopped receiving unemployment benefits in early September as federal programs expired, and nearly 3 million more saw their benefits reduced by $300 per week. Yet the expected spike in job applicants hasn’t happened.

This is Our Chance

Employers are scrambling to offer incentives, including college tuition assistance and big signing bonuses, as they frantically compete for employees.

This favorable labor market is an opportunity for workers and unions to undo concessions they’ve made for years—or even to win long-sought demands.

At least some workers have gotten bold together; witness the high-profile fights at Frito-Lay and Nabisco and the months-long battles by Massachusetts nurses to lower nurse-to-patient ratios and Alabama miners to win back the $1.1 billion in concessions they forked over to rescue their employer from bankruptcy.

It’s also showing up in the willingness of Seattle Carpenters and Virginia Volvo workers earlier this year to vote down multiple contract offers. And in big strike votes at John Deere and by film and TV crewmembers.

The pandemic and the end of unemployment benefits haven’t cowed these workers into submission. Now’s the time to turn up the heat, take risks, and refuse to settle for less. It’s an opportunity that won’t last forever. 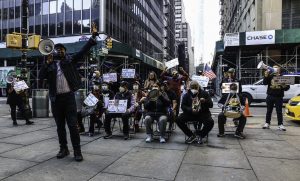 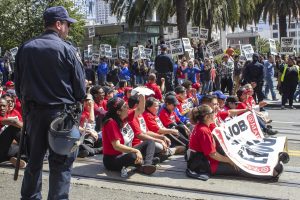