Going on Strike: The Biggest Trend of 2021

This year, workers across many industries have refused to accept unfair wages, unsafe working conditions, and numerous other injustices. We’ve seen strikes from whiskey-makers in Kentucky, carpenters in Seattle, and Nabisco workers across the country. In the next week, we may see more than 60,000 members of IATSE, the film, TV, and theater production union, and over 10,000 employees of John Deere follow suit and take to the picket line.

It’s starting to feel like the early 1930s, when industry-wide strikes brought the United States economy to a standstill and organized labor forced the government to pass sweeping pro-worker legislation. Those strikes were spontaneous and not planned ahead of time, and were the result of numerous worker injustices that were rampant during the Great Depression era, including wage stagnation and unfair working conditions. The point is, no one knows when the moment will come, but it’s important for workers to be ready at any time.

What Makes Workers Walk Off the Job?

For some union workers, striking may be more difficult now than 90 years ago. Modern union contracts often include stipulations barring workers from joining the picket line. For non-union workers the risk is equally real, and once they walk off the job, their employer may try to replace them.

Regardless, sporadic strikes of non-union workers started popping up quickly in 2020 as the economic fallout caused by COVID-19 squeezed workers into working longer shifts in extremely dangerous conditions. Poultry workers for Perdue Farm in Georgia, fast food workers in Chicago and Florida, and sex shop workers in Boston are only a few examples of over 1200 strikes that were reported by Mike Elk’s Payday Report in 2020.

Many union members also held wildcat strikes, which are strikes not authorized by union management. The prevalence of these unsanctioned actions demonstrated the strength of the rank-and-file movement in many unions and revealed how collective bargaining agreements are sometimes used against workers. If you’re a union member, it is important to understand the specifics of your collective bargaining agreements.

For instance, in the carpenters’ strike in Washington, only 2,000 of the almost 12,000 members have stipulations in their contracts that allow them to strike. However, auto workers at Fiat-Chrysler’s Sterling Heights Assembly Plant in Michigan were able to lead a successful wildcat strike because their contract allowed them to strike over health and safety issues.

It is important to know the law, even if it is stacked against you. Our friends at Labor Notes offer a lot of information on ways to strike. One of the central elements to remember is the distinction between an economic strike, which concerns wages, benefits, and work conditions, and an unfair labor practice strike, in which an employer has broken labor law and employees file a charge with the NLRB.

No matter what, a successful strike still takes careful planning. Industrial unions like the Steelworkers and the UMWA illustrate some of the best examples of creating a support network and building community solidarity around a prolonged strike. Beyond picketing 24 hours a day, these actions include contributing to a strike fund, planning mutual aid, donation, and food drive events, and coordinating car pools and child care assistance for the families of strikers. Aside from the logistical hurdles this requires, these months-long efforts require sustained and mass solidarity.

Talk to Us Before You Quit!

If you’re thinking about quitting your job, take a look at what you can do before leaving. If you’re ready to leave, then you might be ready to strike! EWOC can help you think through some of these choices and help you prepare yourself and your co-workers, as we’ve done with disability service workers in Philadelphia, movie-theater employees in Utah, and other workers across the country!

PrevPreviousStriking Window Cleaners Want Their Dangerous Job Recognized as a Skilled Trade
NextJoin EWOC’s Panel Event: What Does the “Labor Shortage” Mean for Working People?Next
Talk with an Organizer 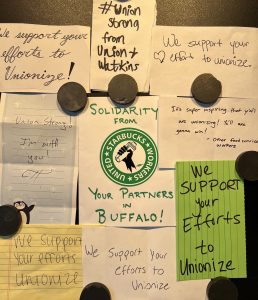 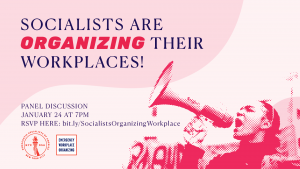 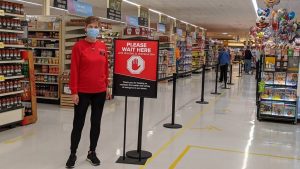